Last May, faced with $25 million in pandemic-related budget cuts, the Department of Sanitation stopped collecting recyclable organic material from residences, schools, and greenmarkets. The sanitation department also canceled last year’s autumn leaf collections. While the 2021 Adopted Budget restored $3 million for some organics drop-offs at greenmarket sites, the bulk of the program remains suspended.

Starting back in 2013, the city had been slowly expanding organics recycling across the five boroughs, although further expansion of the residential curbside program was halted in 2018 as the sanitation department searched for ways to make the collection routes and processing more cost efficient. Low public participation had resulted in partially filled trucks and higher costs in certain areas of the city, a factor that ultimately made the program vulnerable when the Covid-19 crisis triggered the need for budget cuts. IBO examined a few of the factors that led organics collections to be more efficient in some neighborhoods than others.

To view in full screen, hover over the top right corner and click the screen icon.

The use of sick leave by municipal employees varies widely among  agencies. Uniformed employees in the fire, correction, and sanitation departments tend to use sick leave at higher rates than other city workers. Some of the difference is attributable to the type of work done by uniformed staff and the greater likelihood of on-the-job injury. Another factor may be the unlimited sick time provided to uniformed city employees. Sick leave usage by uniformed employees is a key driver of city overtime spending—a set number of workers are needed, for example, for patrol cars or fire and sanitation trucks whether or not the regularly scheduled employees make it to work.

Graffiti-Free NYC is a city program that removes graffiti at no cost to the owners of residential, commercial, or industrial buildings. Anyone can report graffiti on any property by calling 311. The program is run jointly by the city’s Economic Development Corporation, Department of Sanitation, and the Community Affairs Unit of the Mayor’s office.

New York City recycles a wide variety of waste, but some materials are more likely to be recycled than others. The city has three solid waste streams: refuse, paper recycling, and metal/glass/plastic recycling. Overall, about 44 percent of recyclable material is “captured” by city recycling programs with the remainder sent to landfills, according to data from the Department of Sanitation’s 2013 Residential Waste Characterization Study. But a lot of recyclables are thrown in the wrong bins—aluminum cans, for example, tossed in with regular trash. As a result, the capture rate for each of the recyclable materials varies widely, from as low as 5 percent to as high as 75 percent. Material that ends up in the refuse stream or the wrong recycling stream is not recycled. In fact, such “contamination” makes recycling more expensive. 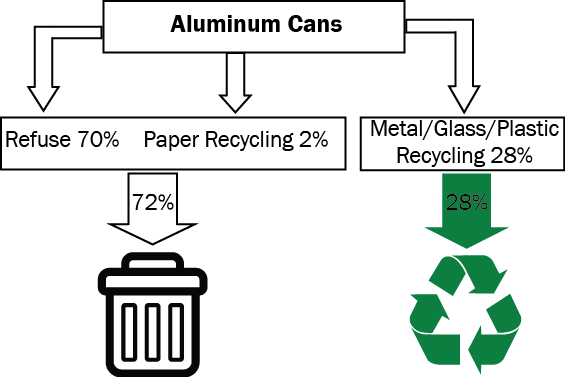 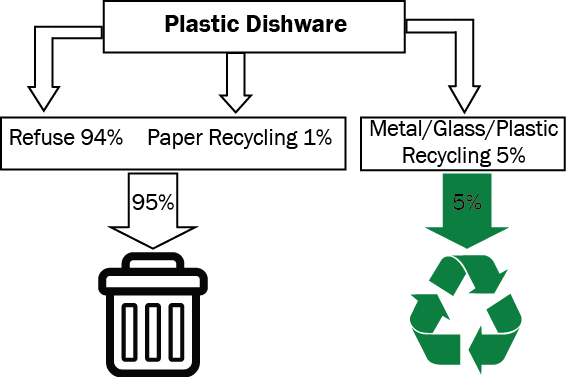 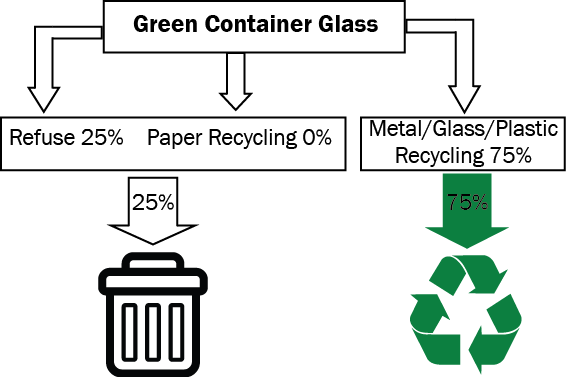 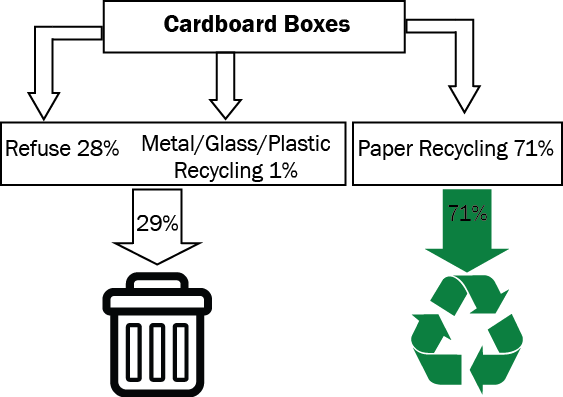 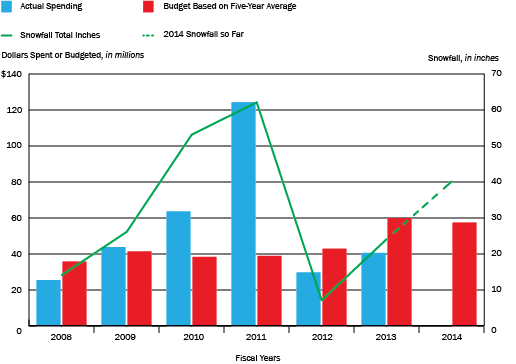 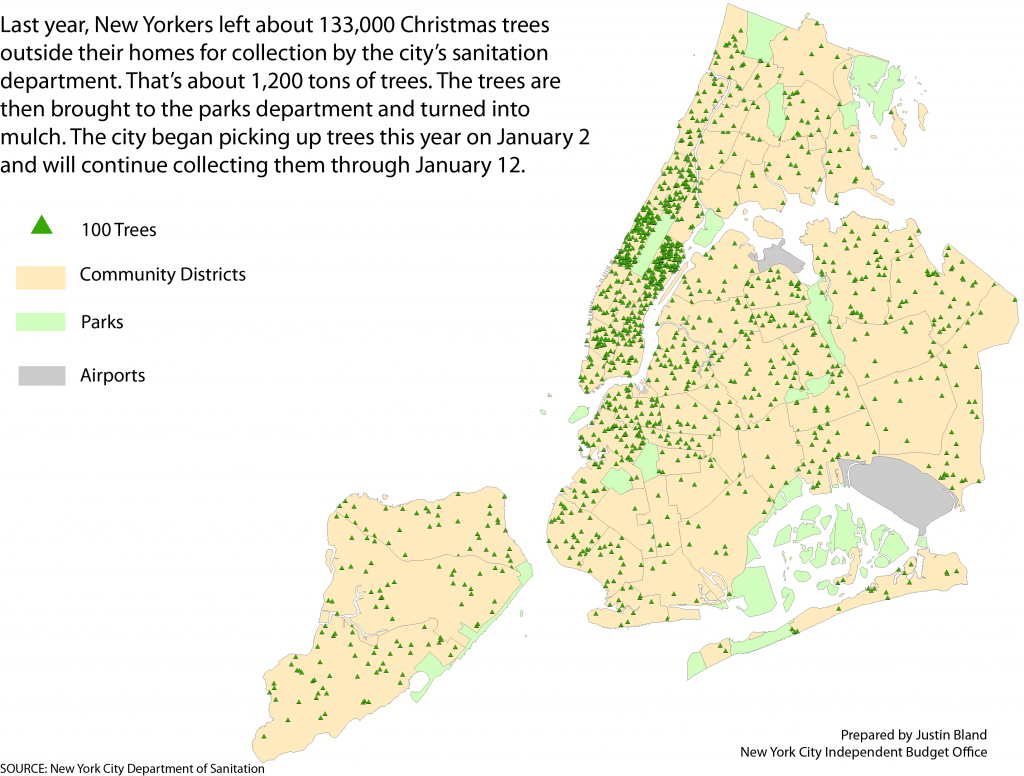 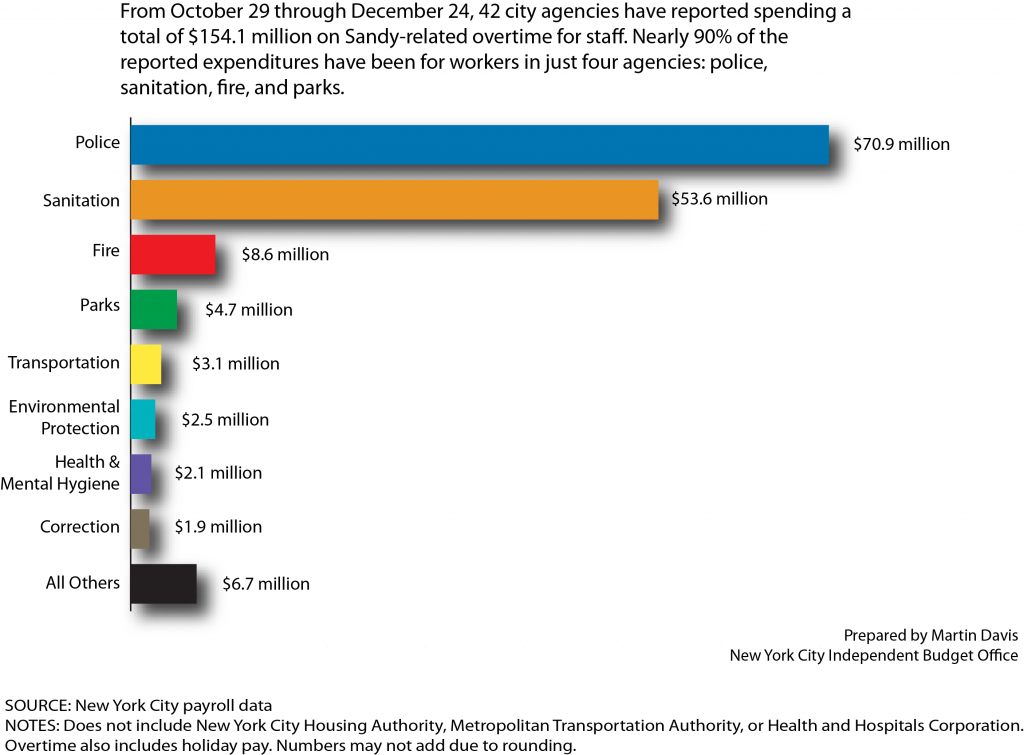 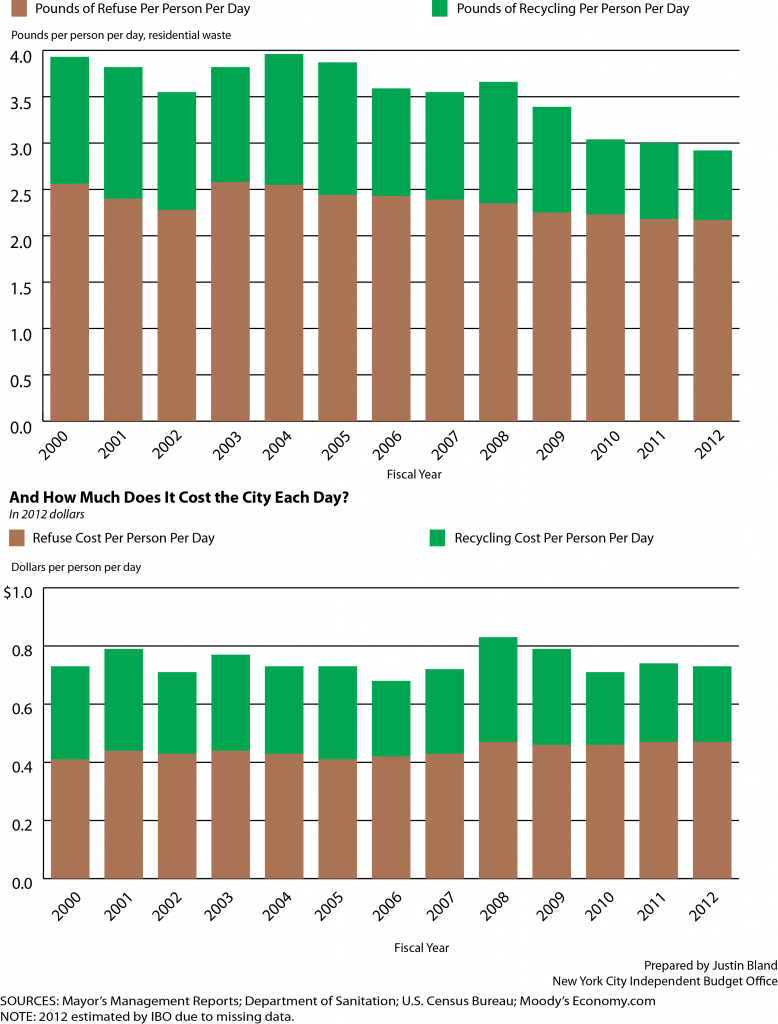