About 75,000 students—or over 7 percent—of the city’s 1.1 million public school students lived in the city’s homeless shelter system or were doubled up in the home of a friend or family member at some point during school year 2013-2014.  A disproportionately large share of temporarily housed students were concentrated in a relatively small number of city schools. 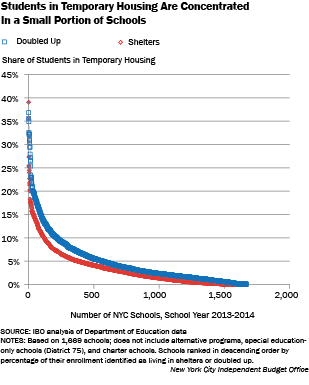