To view in full screen, hover over the top right corner and click the screen icon.

Destinations of Households Moving from New York City in 2012

Click on a state to see number and percent of households moving to that state. 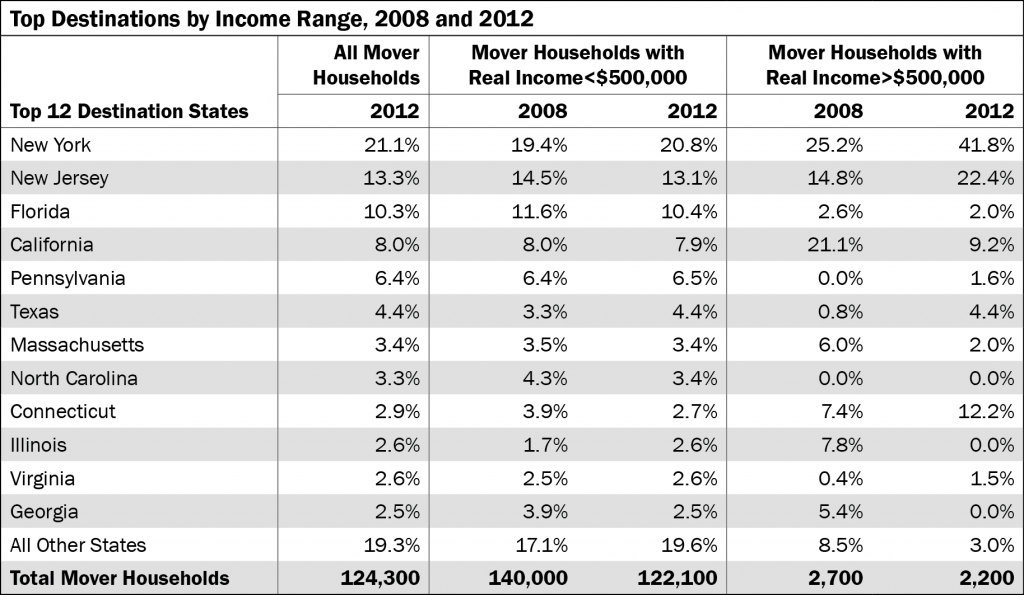