The city’s diminishing stock of rent-stabilized apartments is highly sought after by prospective tenants because these regulated units often rent at below-market rates and offer a variety of tenant protections including the right to lease renewal. Yet information about the rate at which these apartments turn over tenancies—when the tenant changes from one year to the next—has been lacking. Vacancy rate estimates only capture the number of units empty at a specific point in time and not what became available over the course of a year.

To address this question, IBO examined tenant information for over 925,000 apartments that were rent stabilized for at least two years from 2010 through 2015 to calculate how many apartments turn over from one year to the next and how turnover rates vary by neighborhood. High turnover rates may indicate tenant mobility, changing neighborhood characteristics, or landlord efforts to vacate apartments to increase the legal rent of a rent-stabilized unit—or to reach a rent level that would enable deregulation. In contrast, low turnover rates may indicate tenant stability, or that tenants feel locked in to their rent-stabilized apartments because of their below-market rents when they otherwise may have considered moving.

SOURCES: IBO analysis of data from New York State Homes and Community Renewal and New York City Department of Finance Real Property Assessment Data
NOTES: A total of 986,807 rent-stabilized units were analyzed from 2010 through 2015, of which 925,116 had at least two years of tenant data to generate a turnover rate. These units reflect apartments that were registered with New York State Homes and Community Renewal (HCR) by their landlords, although analysis indicates that not all stabilized units that should be registered with the state actually are. Years refer to the year in which building owners registered their units with HCR. For each pair of years for which tenancies were compared, IBO determined if an apartment turned over by comparing the names of the primary tenant against the primary tenant for the following year. Names were compared using first and last name combinations to correct for spelling errors and different entry formats across year to year apartment registrations. Neighborhoods are defined by the Department of City Planning Neighborhood Tabulation Areas.

Graffiti-Free NYC is a city program that removes graffiti at no cost to the owners of residential, commercial, or industrial buildings. Anyone can report graffiti on any property by calling 311. The program is run jointly by the city’s Economic Development Corporation, Department of Sanitation, and the Community Affairs Unit of the Mayor’s office. 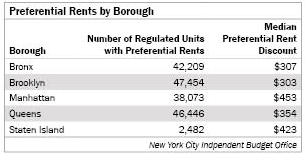 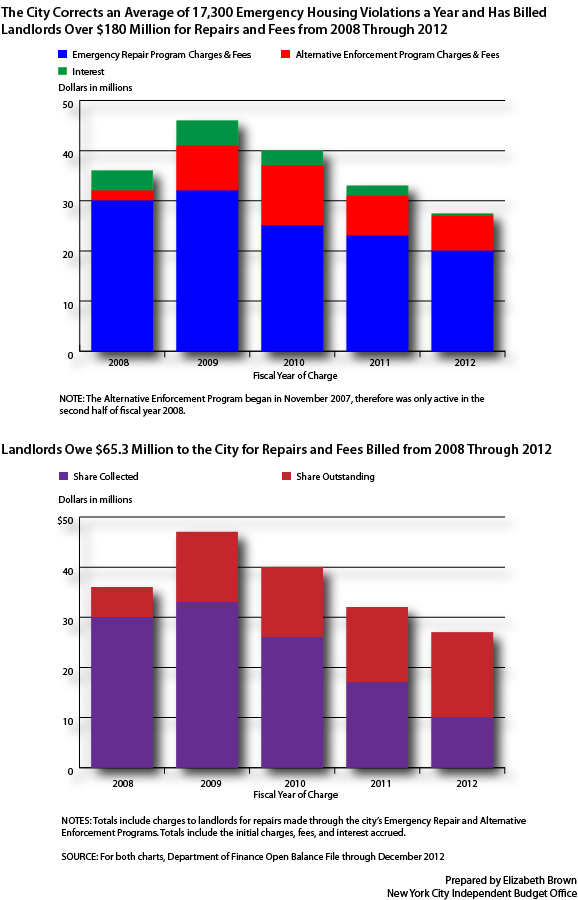