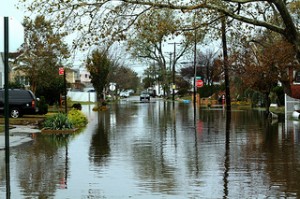 The recently enacted city budget for 2014 includes about $250 million in new capital spending for some of the projects outlined in Mayor Michael Bloomberg’s 400-plus page report A Stronger, More Resilient City last month. Consider the funding a small down payment on what promises to be very costly projects to prepare the city to deal with the effects of climate change.

In his speech last month introducing the report, the Mayor estimated that the cost “of everything we’re proposing” is $19.5 billion. This total cost, projected over 10 years in inflation-adjusted 2013 dollars, includes two main components. One component is the long-term resiliency projects that are the focus of the report. Those total $14 billion. The other $5.5 billion component is spending on recovery from Sandy, which the report describes as related to the city’s longer-term resiliency efforts. But the combined $19.5 billion estimate is surely low, and not just because construction and other capital projects tend to have escalating price tags.

To start with, for each of the 250 projects expected to cost $1 million or more—and that includes the vast majority of them—the estimated cost is presented in ranges such as $1 million-$10 million, or $150 million-$175 million, with the highest $1.1 billion-$1.4 billion. The $14 billion estimated cost of the long-term resiliency projects is based on totaling the lower bound of each proposal’s cost range. Total the projects up based on the higher end and the expected cost of the long-term resiliency projects climbs to $16.8 billion.

Then there’s the fact that for a number of projects the estimated cost only reflects the expected price of a planning study—not the cost of the actual construction project that would result from the study’s findings. For example, for a study of how to minimize drainage pipe flooding has a cost range of $10 million-$20 million. It’s reasonable to assume that for at least some of these projects implementing the study’s findings will cost more than the study itself. The Mayor’s proposal for Seaport City, a new community that would be built on landfill on the east side of the Lower Manhattan waterfront, is also presented just in terms of a study cost.

Nor do the anticipated expenditures presented in the report always reflect the full project cost. The plan to “complete repairs and resiliency retrofits” of public housing damaged by Sandy is accompanied by an estimated cost of $700 million-$750 million. That cost, though, covers only 40 percent of affected buildings. So the repair and resiliency work for the other 60 percent of the buildings will still need to be done, but at some as of yet undetermined—but probably quite substantial—cost.

The cost of all the initiatives outlined in the report is expected to be funded through the city’s capital budget. About $10 billion in funds for the 250 proposals have already been identified, including $5.5 billion in city capital budget allocations for projects already underway and that are now being cited as part of the city’s resiliency efforts. The Bloomberg Administration also counts $4.5 billion in federal funds towards the $10 billion in identified resources. Some of the federal dollars have already been allocated, some not.

The rest of the funding remains uncertain, although the Bloomberg Administration anticipates some $4 billion in additional federal aid will be available and that $1 billion in projects to shore up the city’s electric and gas utilities will be covered by passing the costs on to ratepayers. That still leaves a $4.5 billion hole—and that’s assuming that the cost for these projects don’t rise above the Mayor’s estimate.

Then there’s a whole other category of expenditures that will also be needed for many of the resiliency initiatives. As Director of Resiliency Daniel Zarrilli and his colleagues Gwendolyn Litvak and Daynan Crull noted in a phone conversation, no funds for operating or maintaining any of the projects have as yet been included in the in the city’s financial plan for upcoming years. So while there may be money to install integrated flood protection systems or build new docks for expanded ferry service, there’s no money set aside to operate and maintain them. Tallying up the potential maintenance and operation costs remains on a “to do” list.

And there’s another big-ticket item to consider: the Metropolitan Transportation Authority. Proposals for safeguarding the city’s transit system are not addressed in the Mayor’s plan because those are not expected to be city budget expenditures. But it’s an expense that will likely be borne, at least in part, by city residents.

Protecting the city from rising tides, storm surges, and other effects of climate change is critical. It will also be expensive. While a great deal has been said recently about the near-term costs of settling the expired contracts with the city’s municipal labor force, it could be the longer-term costs of resiliency that swamp the city’s budget.